More than half of the nation’s colleges and universities are located in cities. They represent significant contributors to the character of their cities and to the definition of the urban environment. By virtue of their mission, intellectual capital, and investment in physical facilities, urban universities, their medical centers and professional schools are uniquely positioned to play a leading role in their communities in powerful ways, and they have.

Gone are the days of separation of “town and gown” in favor of cooperative development agreements and joint planning acknowledgment that both entities are forever locked in a mutually beneficial definition of each other.  University neighborhoods are becoming city neighborhoods. A university’s progressive approach to planning and urban design, sustainability of built cultural assets and acknowledgement of evolving civic patterns bind universities and cities together.

Fanning Howey has had the opportunity to assist several universities with urban campuses develop expansion plans through the recycling and adaptive reuse of neighboring non-university buildings. These projects provided prominent community structures with a new life while extending the campus footprint sustainably without creating new construction. By dissolving this disparate “town and gown” approach to campus planning, these clients are able to seamlessly integrate with the communities they serve and inhabit.

Connecting with Culture and History

Cities are the idea capitals of the world, the engines of creativity, entrepreneurship and commerce. As a concentration of the arts, culture, sports and finance a major driver are the urban universities that are becoming intertwined in the civic patterns that build community and economic growth.  For our client, Ivy Tech Community College, embracing the culture and history of its surrounding community is integral to their mission and their curriculum.

Ivy Tech Community College serves a combined student body of over 72,000 of traditional and non-traditional students across several locations in Indiana. Located slightly north of the central business district, the Indianapolis campus serves residents throughout the city as well as the neighborhood in which it resides.

Ivy Tech acquired the former Stouffer’s Hotel in 2010 to become the new home for the Ivy Tech Community College Culinary and Conference Center. The historic hotel had been a staple in the greater Indianapolis community from its onset in 1965 till it closed in the late 1980s. The focal point of the building was its penthouse restaurant featuring gorgeous views of the Indianapolis skyline. The hotel famously hosted many celebrities during its tenure, including Dolly Parton and Elvis Presley. The building remained mostly vacant for years, briefly occupied by a Christian ministry in the 90s before Ivy Tech took over the space. Ivy Tech’s revitalization of the building is bringing back the culture and excitement of the famed hotel. 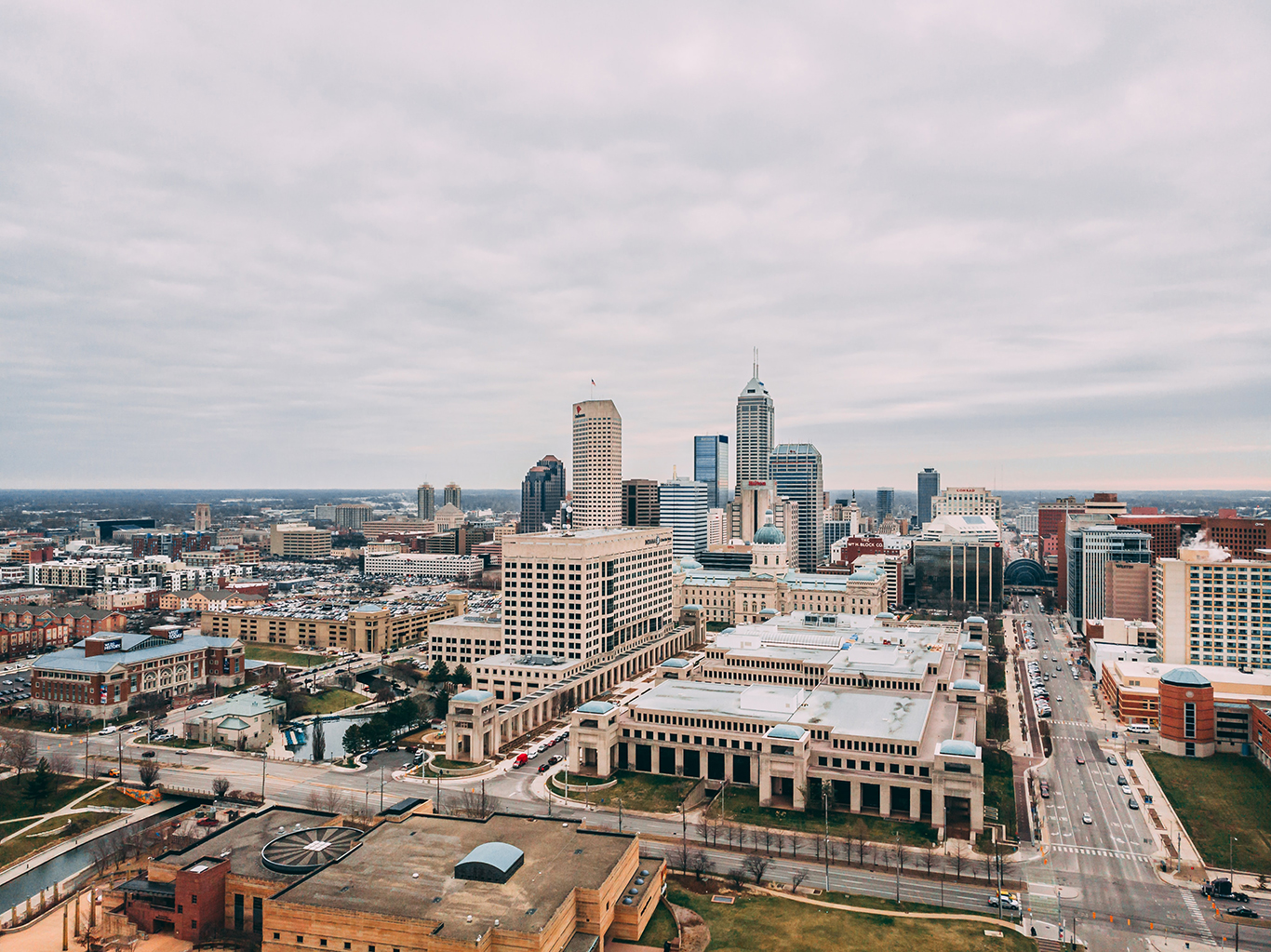 Proximity to campus and the type of building were ideal for their curricular and community programs.  Ivy Tech’s sought-after culinary programs were the first to move in, with the industrial kitchens and top floor restaurant space perfectly suited to their curriculum. Culinary students are able to test out recipe and menu development in a real world setting.

The next program to move into the former hotel was the Associate of Science Accelerated Program (ASAP) as it needed more space for instruction, administration and student life. Fanning Howey designed a 12,000 SF renovation of one of the hotel floors, creating a series of interconnected spaces for lecture, small group collaboration, independent study, dining and socializing. The integration of the ASAP program has brought further vibrancy and relevance to Ivy Tech’s programs and to the old Stouffers Hotel.

Many universities experiencing significant growth have looked to the building stock of the cities they inhabit. Adaptive reuse of unused city buildings allows universities to play the part of good urban citizens and to act as stewards of the existing built environment. As great cities continue to recycle to remain relevant and viable, there are continual opportunities to explore the adaptive reuse of buildings, streets and neighborhoods. By investing in cities, universities play a major role in urban stabilization and in avoiding blight, abandonment and urban deterioration.

Indiana University – Purdue University Indianapolis is a merger of two nationally known universities serving Indianapolis and has been independently operating as one urban campus since 1969. Offering more than 450 individual programs and professional schools like medicine, dentistry, nursing, law, business and public affairs, the campus is landlocked to the West of the White River adjacent to the city’s central business district. With economic drivers like the health sciences and scientific research, IUPUI is an urban research institution contributing to the well-being of the city and the state of Indiana.

As an urban campus, space for building expansion is limited. When the Bryce – Ott complex, formerly part of the Wishard Health Campus located on the north side of IUPUI, became available, IUPUI saw an opportunity to expand their facilities while integrating the vacant space into the campus environment. Fanning Howey is designing a complete infrastructure renovation of Bryce – Ott to prepare the buildings for future use as administrative and academic space. The transformed building will allow IUPUI to maintain strong connections with the near west side community, to enhance educational offerings and to create a built environment that supports economic growth. 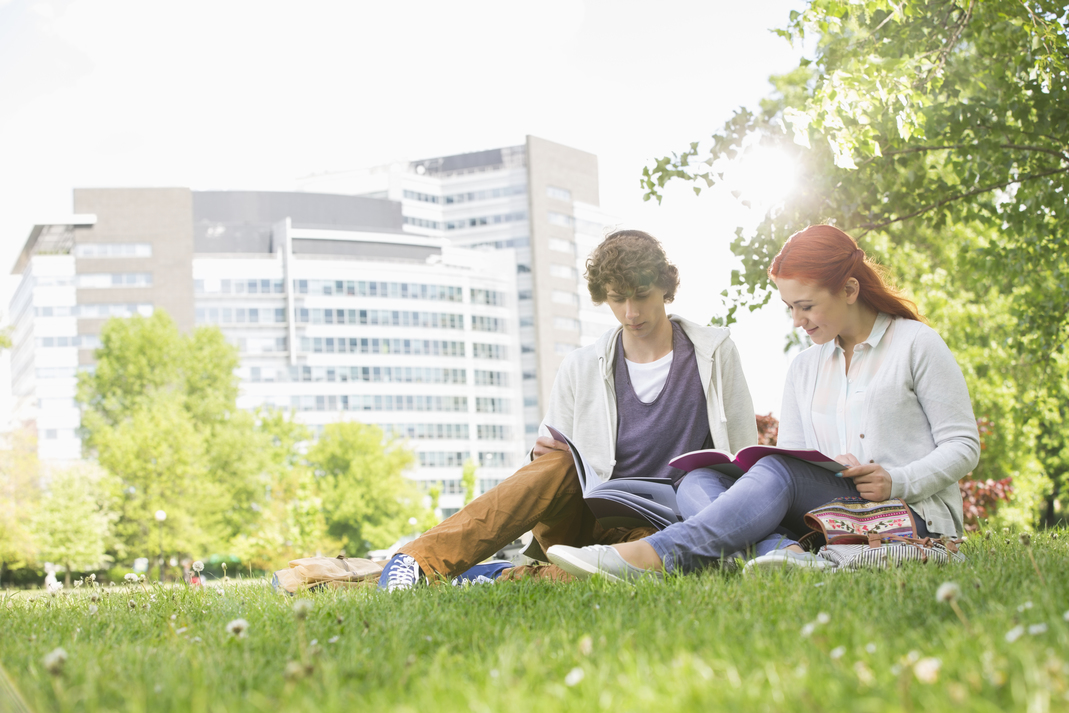 The University of Wisconsin – Milwaukee has been part of the downtown Milwaukee community since 1956. They are heavily invested in their communities, contributing both financially and culturally. Nearly 74 percent of graduates stay in the state, many of which remain in the Milwaukee area.  In 2010 the university purchased a vacant hospital campus located immediately north of the Kenwood Campus. Fanning Howey worked with local firm Quorum Architects on the redevelopment plan for the overall property and expansion of the campus in their downtown neighborhood. Fanning Howey worked with the university professionals to create a vision for the campus that included programmatic and facility needs. The plan addressed both the complex building and site needs while seamlessly integrating the campus to the surrounding neighborhood.

Universities are continually finding ways to move the needle forward through the built environment. With adaptive reuse of existing facilities, universities can expand their mission in a sustainable manner that respects the cultural bond between cities and campuses.

This past year, we have had the pleasure of designing smarter places for collaborating, convening, competing and learning for our Higher Education clients. We’ve highlighted some of our favorite recently completed and in-progress Higher Education